A Complete History of the Car Wash Industry

History of the Car Wash Industry

Car wash technology has undergone a lot of changes in order to become what it is today. While fully-automated carwashes seem commonplace these days, this type of technology wasn’t even dreamt of a hundred years ago. Today we are going to drive into a complete history of the car wash industry. 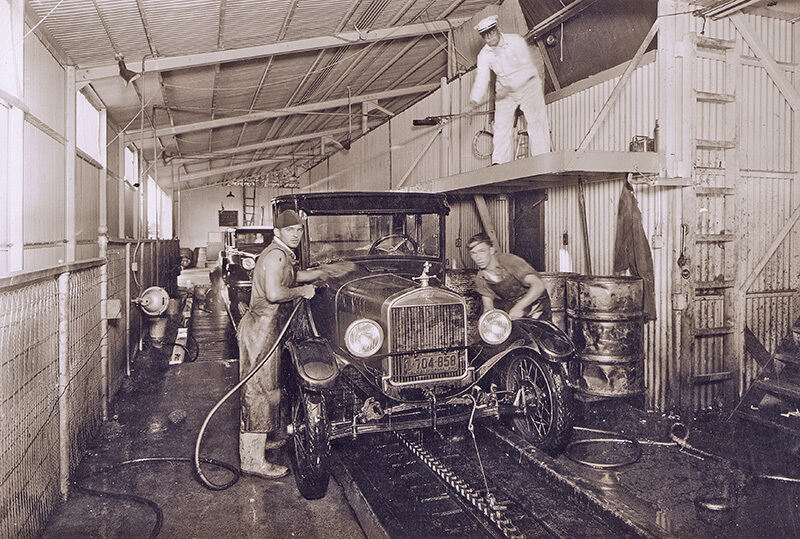 The history of the car wash industry begins in 1914, just a few short years after Ford’s Model T made its debut. There is some debate about where the first carwash originated, but most claims it was in Detroit, Michigan by Frank McCormick and J.W. Hinkle. In their early years, most car washes consisted of workers pushing cars through an assembly line-like tunnel, where each worker had a designated task. Thes tasks included applying soap, rinsing the car, or drying it. This type of process went on for at least 20 years before any sort of automation was introduced. 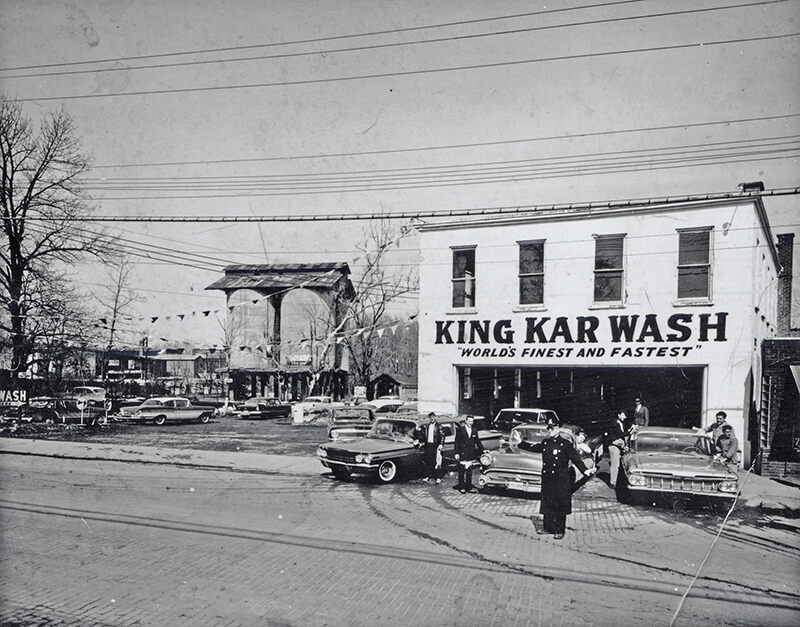 The next part of car wash history happened in the 1940s when automation was introduced in stages. The first “automatic” carwash opened in Hollywood, California in 1940. This carwash used a conveyor system to pull vehicles along the wash tunnel, but attendants still had to manually scrub and dry the cars.

In 1946, Thomas Simpson opened a carwash that used this same conveyor system but added an overhead sprinkler that would wet down the vehicle. Despite these advances, workers still had to do the bulk of the work.

It wasn’t until the 1950s came along that the carwash industry saw real progress with automation. In 1951, brothers, Archie, Dean and Eldon Anderson added soap and water nozzles, automated brushes, and an automatic dryer to their carwash in Seattle, Washington.

Furthermore, Dan Hanna, who opened his first carwash, Rub-a-Dub, in Milwaukie, Oregon in 1955, had a major impact on the carwash industry. Hanna eventually opened 31 carwash locations, which led to the creation of Hanna Enterprises. With this big business growth, Hanna recognized the need for more efficient carwash equipment. In 1959, he started installing his equipment into other people’s washes, and by the mid-60s, Hanna Enterprises was the largest carwash equipment manufacturer in the world. Moving forward in history, the carwash industry started to become more flexible. With more carwashes available, people were more particular about how they wanted their cars cleaned. Thus, the Flex-Serve Car Wash was introduced by a man named Steve Okun. This concept worked by setting up two different cells at the exit of a carwash. One cell was full-service, and the other was express detail. Okun capitalized on these different options, giving people the chance to have more control over their vehicles.

The history of the car wash industry continued on in 2001 when Ben Alford opened the first modern-day, automated express carwash. This model included automated pay terminals and gates. This way, customers were able to pull up to the terminal and purchase a car wash, the gate would rise, and the car could enter the tunnel. An attendant was only needed in order to guide the driver onto the conveyor.

Looking to the Future There is absolutely no question that the carwash industry has evolved and changed over the years in both efficiency of equipment and quality of service. The modern carwash’s early counterparts had loud conveyors, claustrophobic tunnels, and dryers that did not blow off as much water as they do now.

In recent years, new car wash technology has mainly focused on making the entire wash process easier for the customer. For example, Rocket Carwash has tons of wash features to make cleaning your vehicle hassle-free! To check out our services, visit https://rocketcarwash.com/wash-features/.